In a pre-literate world the oldest evidence of the Great Knowledge or Inner Teachings is expressed by means of geometry that has always been regarded as Sacred Geometry as it represented the Divine Law of physical manifestation.  By using Sacred Geometry our ancestors depicted the creation or make-up of our universe by the Divine Yang and Yin and the task of the human being therein in ever widening spirals of increasing density in the lower dimensions and thus estrangement of the Divine. Here is a very basic summary of the geometric figures and shapes.

Zero: there is a primordial  darkness and calmness. Sometimes referred to as waters, not real waters but primordial chaos. No beginning or end, no boundary or ground.

One: Book of proverbs 8.22-39, Goddess and God work together, to restrict chaos in order to create a cosmos. To create is to establish boundaries and no-thingness is limiting itself: it is an effort. It wants to live and share life in love. In the mirror of no-thingness Goddess becomes his body. This is the cause of everything being bi-polar in creation, there is a hidden inside and a visible outside. When the mirror image, Goddess, becomes conscious of the eternity and endlessness of Herself and manifests Herself in that way, she has embodied the bridge, the ladder, the mountain; she will have put down the veil and reveal herself in all her beauty and glory that will be visible to all. That is why she has two faces; a dark, mysterious side directed to the eternal and a side directed to the external. Together with no-thingness she dances in  creation on all levels of the mirror that the Goddess is, whirling and pulsing in and out ,no-thingness breathing out en Goddess breathing in, expansion, contraction, stasis. Goddess or Wisdom is the source of manifestation. She is cosmic energy.

Two: In the field of darkness and no-thingness is vibration; polarity is created. The upper one (Yang, consciousness, male) goes out, the lower one (Yin, energy, female) receives. They are breathing into each other. She gives birth and creates form. Goddess is in the feminine polarity; she turns to the centre to receive energies and then turns outward to express the energies. This very old knowledge has become distorted; the words male  and female as carriers of energy are taken literally. They stop being partners and are labelled “good” and “bad”. Of course this has been a very slow but gradual development in history but the effects of it last until this very day. 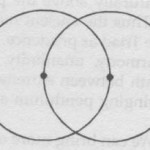 Three: The tension between the two poles arises because of the breathing into each other. The Goddess carries the two poles of the Yin and the Yang (Father and Mother). In Jewish mysticism this is called Hohma and in India Shakti. Goddess is the force that manifests no-thingness. She is “the God-bearer”. In the three of the child both parents live on. 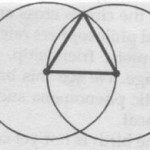 Four: Goddess shows herself in 4 aspects: mother ,sister, bride and daughter. She is on all cosmic levels the Yin complement. She is the one who carries the one, the two and the three in herself. 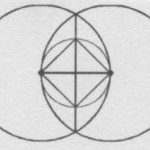 As the four she gives birth to the three aspects and manifests them.

The sanctity of numbers continues , it is a universal phenomenon connected to the Inner Teachings . In relationship to the Goddess number 13 though is important;  in Sumerian as well as in Mayan culture number 13 was/is the base for the counting of time, linked to the 13 moon months in a year, the sacred calendar;  13 used to be “the lucky number”, the Divine number….but that changed when paternalism entered our world and the number became a symbol of “bad luck”…

Five:  where number four delivers the building blocks for matter, pentacle is holding the mystery of life; it connects back to Infinity and as such is the Soul principle in Creation. It represents the principle of regeneration, of transformation. The word “quintessence”, “fifth being” is used to refer to the essence of something. Geometrically it is the pentacle, pentagram , the dodecahedron.

Fibonacci’s sequence and the Golden Ratio work with this number and give deep insight into Nature’s workings. Five is also mirrored in our bodies by the twice five fingers and toes which will show on some ancient artefacts in the photo slider. Five encourages us to reconnect with our own Essence. 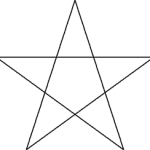 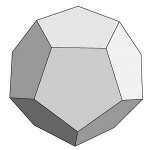 The hexagon is rooted in the number 3 in many ways and the ancient philosophers were intrigued by the interaction between 2 and 3 and they symbolised it by the image of “marriage” as 2 is even/female, 3 is uneven/male. Thus the hexagon functions as a stable foundation of which the two components support each other mutually. The hexagon symbolism was used to convey the spiritual attainment of in individual on the mummified body in Egypt as we can see here and it is still used by trines and communities on our Earth to refer to the same notion. 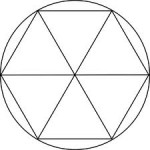 Seven:  Proverbs 9:1: “Wisdom hath builded her house; she hath hewn out her seven pillars”. Seven is the most revered number in Antiquity. It is associated with “the Virgin” because it is not dividable by other numbers and considered “childless” as multiplication of it gives no other number below 10. Nuth or Neith (Egypt) Athina and Minerva were associated with the virginal heptagon. 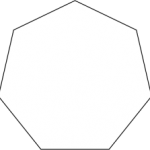 Eight:  8 has the most divisors; 1x2x4, hence its roots are in the monad, dyad and tetrad. Therefore the essence of 8 contains the principles of unity, expansion and cycles of the monad, the polarity of the dyad and materialization of the tetrad. 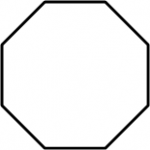 Nine: Is the last number that consists of one figure. It was regarded as three times initiated and it represented perfection, harmony and order. It was considered as the most holy figure and as an horizon as it watches the ocean of numbers that reiterate the cycle of 9.

Ten: Is a new beginning and the embodiment of figures with all archetypal energies.  The Pythagoreans described ten as a higher unity in which the One has unfold itself. Ten is the “next generation”, the quantum leap.