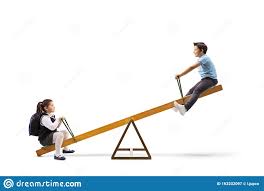 See – we look forward and try to predict the future.

Saw – we look back and try to remember the past.

We tend to alternate between the two. Foresight and hindsight are very useful to us, but because they are partial and incomplete we are tortured by anticipating problems that we think might happen in the future, or looking back at the past with regret. Fortunately, we are able to look forward with hope.

The present, the Eternal Now, is the the point of experience of our memories of the past, predictions of the future, and the actuality of the present.

Even though modern scholars tend to disagree, as far as the Ancient Greeks were concerned, the name “Prometheus” had been derived from the Greek prefix pro- (“before”) and the verb manthano (“to learn,” “to be increased in knowledge”), making Prometheus the “Forethinker,” that is, the One Who Thinks Ahead. Analogously, Prometheus’ brother’s Epimetheus was the “Afterthinker,” i.e., the One Who Thinks Afterward.
Source: https://www.greekmythology.com/Titans/Prometheus/prometheus.html

The following is an outline of the legends related of him by the ancients. Once in the reign of Zeus, when gods and men were disputing with one another at Mecone (afterwards Sicyon, Schol. ad Pind. Nem. ix. 123), Prometheus, with a view to deceive Zeus and rival him in prudence, cut up a bull and divided it into two parts : he wrapped up the best parts and the intestines in the skin, and at the top he placed the stomach, which is one of the worst parts, while the second heap consisted of the bones covered with fat. When Zeus pointed out to him how badly he had made the division, Prometheus desired him to choose, but Zeus, in his anger, and seeing through the stratagem of Prometheus, chose the heap of bones covered with the fat. The father of the gods avenged himself by withholding fire from mortals, but Prometheus stole it in a hollow tube (ferula, narthêx, Aeschyl. Prom. 110). Zeus now, in order to punish men, caused Hephaestus to mould a virgin, Pandora, of earth, whom Athena adorned with all the charms calculated to entice mortals; Prometheus himself was put in chains, and fastened to a pillar, where an eagle sent by Zeus consumed in the daytime his liver, which, in every succeeding night, was restored again. Prometheus was thus exposed to perpetual torture, but Heracles killed the eagle and delivered the sufferer, with the consent of Zeus, who thus had an opportunity of allowing his son to gain immortal fame (Hes. Theog. 521, &c., Op. et Dies, 47, &c. ; Hygin. Poet. Astr. ii. 15; Apollod. ii. 5. § 11). Prometheus had cautioned his brother Epimetheus against accepting any present from Zeus, but Epimetheus, disregarding the advice, accepted Pandora, who was sent to him by Zeus, through the mediation of Hermes. Pandora then lifted the lid of the vessel in which the foresight of Prometheus had concealed all the evils which might torment mortals in life. Diseases and sufferings of every kind now issued forth, but deceitful hope alone remained behind (Hes. Op. et Dies, 83, &c.; comp. Horat. Carm. i. 3. 25, &c.). This is an outline of the legend about Prometheus, as contained in the poems of Hesiod.

Aeschylus, in his trilogy Prometheus, added various new features to it, for, according to him, Prometheus himself is an immortal god, the friend of the human race, the giver of fire, the inventor of the useful arts, an omniscient seer, an heroic sufferer, who is overcome by the superior power of Zeus, but will not bend his inflexible mind. Although he himself belonged to the Titans, he is nevertheless represented as having assisted Zeus against the Titans (Prom. 218), and he is further said to have opened the head of Zeus when the latter gave birth to Athena (Apollod. i. 3. § 6). But when Zeus succeeded to the kingdom of heaven, and wanted to extirpate the whole race of man, the place of which he proposed to give to quite a new race of beings, Prometheus prevented the execution of the scheme, and saved the human race from destruction (Prom. 228, 233). He deprived them of their knowledge of the future, and gave them hope instead (248, &c.). He further taught them the use of fire, made them acquainted with architecture, astronomy, mathematics, the art of writing, the treatment of domestic animals, navigation, medicine, the art of prophecy, working in metal, and all the other arts

The story is a treasure trove of symbolism, refracting countless meanings of fire, as love, lust, spirit, life, passion, art, imagination, freedom, revolution and – firing the mind – creativity. Fire as God, knowledge, truth, glow of divine comfort, or blaze of divine fury. Fire as source of warmth, light, culture, nourishment (‘calories’), technology, invention and science, but also the firing squad. Fire can purify, regenerate and destroy. The symbolism ranges from sexual (flame is vertical, rises from a spark, is created by rubbing), to theological: humanity gets something forbidden and divine, like the fruit in Genesis, another creation story.You can read the symbolism psychologically too: it could be the story of fantasies behind rebellious adolescence. We feel helplessly vulnerable to the unjust way the world is run. A world ruler, a father, a president with a history of brutality keeps us oppressed. Anyone who tries to help is punished. But we do have fire, have hope that our secret knowledge will bring him down in the end.