Home ⛤ The Inextricable Roles of Form and Energy

This is a transcript, so may have errors in the transcription. 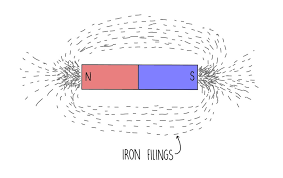 Q: What do you believe the memory is comprised of in holy places? Is it energy or something else?

I don’t think the memories are etched in the stones because my whole theory of memory is that it’s a process based on resonance rather than being engraved in brains in memory traces. I think it’s a resonant process, and I think in holy places we resonate with previous people who’ve been there before through a direct connection across time, from them to us. Now all resonance depends both on form and on energy. In fact, everything in nature, according to modern science, depends on form and energy. Matter – even an electron – even the simplest particle of matter – is a vibration of energy in a field. So what gives form in nature are fields. The gravitational field is what makes the earth and the sun and the moon round, and what holds the whole universe together, and fields are invisible, but they create patterns or forms. We’re all influenced by the gravitational field right now. Otherwise, we’d be floating around in this room rather than having weight and being pulled down. Energy is what gives things process or actuality, so energy is certainly involved in the resonance process, but it’s energy with form, it’s energy with the form of the experience of that place. When I go into Lincoln Cathedral, for example, the stained glass windows, the architecture, the arches, the atmosphere, is similar to what other people have experienced going to Lincoln Cathedral. They’ve experienced the same stimuli in the same places that I have, and I think I come into resonance with them. It depends on energy in the sense that everything depends on energy and our life depends on energy. But it also depends on form, and I think that this is a fundamental principle of all of nature. Actually, I think it’s the fundamental principle of the Holy Trinity. I think that the Ground of Being, God the Father, is the source of all things, the conscious source of all. The source of form in all creation is the Logos, which is the formative principle. What Indians call Nāmarūpa, names and forms. The Logos is formative. It’s all about words, form, structure, pattern. And the spirit is the principle of movement is always portrayed as breath, wind, flight, fire, flames – it’s the principle of change, or what in modern science we call energy. So I think, actually, if we see the way the Holy Trinity is reflected in the universe and in nature, the energetic principle, which is in all things and is the basis of all things, is the spirit principle and the formative or logos principle is the fields, which gives things their shape, formal structure. So when one has a memory, when one tunes into this memory in a holy place, it’s both energy and form. If you have energy without form, it’s completely structureless. Like the electricity in an electric plug. It can do anything. It can run a hair dryer, a TV set of computer, a toaster, but it doesn’t have form of its own, it’s sort of energy without form. And if you have form without energy, then it’s virtual – it doesn’t do anything – it’s not actual – if you have an idea in your mind, but you can’t express it. Like a word – you can have words in your mind which, if not expressed, don’t do anything in the world. When expressed through speech, then they can act in the world – the form and energy go together in speech. Without the flow of breath you couldn’t have speech – without the form of the words you couldn’t have speech – the two are intimately associated every time we speak. And in fact, the Holy Trinity – I think its most fundamental metaphor is ‘speaking in words’, and it happens to every one of us. Every time we speak, like I’m speaking now, – there’s the speaker, there’s the flow of the breath, and there’s a structure and pattern or form of the words.

My comment:  Is it speaker-breath-word that is fundamental, or idea-breath-word?   Ultimately, the speaker is the Ground of Being, God the Father, speaking through each of us, giving expression to ideas in the Divine Mind.